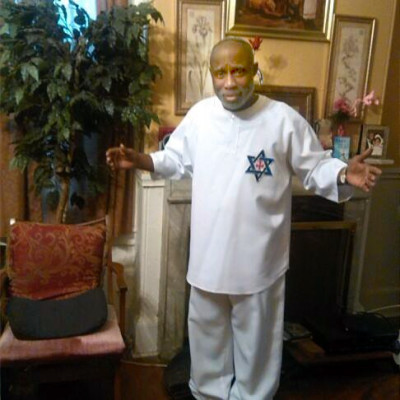 Knesset is a real live Felas Morea’ of Ethiopian Jewish ancestry, has been teaching the Hebrew Roots of the Bible in many of the churches for many years along with Davidic Praise & Worship. He is an advocate with the International Fellowship of Christians & Jews, & Advocates for Israel, Focus is on Aliyah.

Knesset is a passionate and dedicated constitutional Rights advocate in social and legal services department. He has 30 years of experience in restorative justice. In the late 80’s when Judge Norma Shapiro, fined Mayor Ed Rendell and the City of Philadelphia for every day of prison over crowding, Knesset was apart of the Jackson VS. Hendricks supervise release program with Offender Aid & Restoration. He also worked with the Pennsylvania Prison Society on Lester VS. Shuler and Harris VS Reeves, all court mandated programs. In 2011 he was President of PPS over Volunteer Prison Official Visiting.

Knesset is effective in building relationships with communities, social and professional organizations. In 2012 the Federal Government gave People For People Inc. a 1.5 million dollar grant to keep juvenile offenders from getting an adult record. Knesset was hired as the “Resource Developer.”

Knesset has worked in many of the Drug & Alcohol treatment centers in the city of Philadelphia. He has worked in a General Practice law firm as well as a Prisoner’s Rights law firm and Police Advisory Commission. He’s worked for OIC, and People For People INC. Knesset is now working on the project, “Juveniles Should not be sentence to life without parole.” He is doing Public Speaking on the subject.